Labor Shortages in Welding: Is There a Solution? 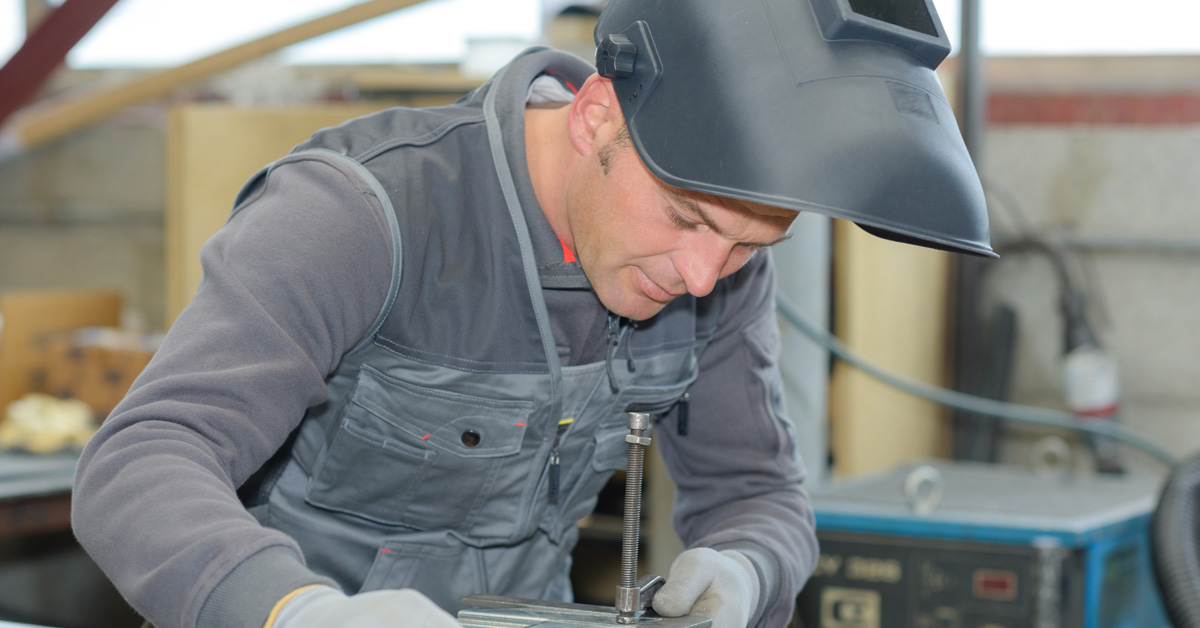 The manufacturing skills gap in the U.S. could result in 2.1 million unfilled jobs by 2030, according to a new study by Deloitte and The Manufacturing Institute. The cost of those missing jobs could potentially total $1 trillion in 2030 alone.
Because welding is an essential part of manufacturing, many concerns are focused on the welding industry, which has been facing a shortage of workers for several years. The American Welding Society, an organization supporting the welding industry and its workers, predicts that the country’s workforce will need 400,000 welders by 2024.
Along with machinists, carpenters, and other tradespeople, the versatile, skilled welder who can handle several welding methods has suddenly become a scarce commodity. The demand for skilled welders has been outpacing the supply and continues unabated, leaving many wondering what happened.

The causes of labor shortages in welding and other skilled trades can be attributed to several factors, but one of the primary causes stems from an aging workforce. Older tradespeople, many from the so-called baby boomer generation, are reaching retirement age faster than companies can replace them.
Over half of all skilled trades workers are 45 or older, and predictions indicate there will not be enough new workers to fill these openings. According to the Bureau of Labor Statistics, jobs for welders are projected to grow two percent from 2022 to 2031, considerably slower than the average for all occupations.
Despite limited employment growth, about 47,600 openings for welders, cutters, solderers, and brazers are expected each year, on average, over the decade. Most of the openings will result from the need to replace workers who either retire or find different occupations.
However, although an increased rate of retirements might be the leading cause of fewer welders, it certainly isn’t the only one.

A case of negative perceptions

Another issue outside the welding industry keeping young candidates away is a deep-seated negative view of the profession. Many believe welding is a low-level occupation filled with days of repetitive and monotonous tasks. Others envision welders working in dirty environments amid noxious fumes and unbearable heat. Still, others focus on the hazards associated with welding, such as burns from molten metal, exposure to UV radiation, or electrical shock. All of this, they believe, comes with low pay and little chance of career growth.
Changing these misconceptions is an essential first step in addressing the welder shortage.

For many high school graduates, the path to a lucrative and rewarding career led them to a four-year college. And although that was the best choice for some or even most of them, there is little doubt that a percentage of those college graduates landed jobs they were ill-suited for or unhappy with. And those promises of endless weeks of hefty paychecks never materialized.
How did that happen? Although it’s easy to blame the high schools for eliminating industrial arts courses from their curriculum, schools have not abandoned the pathway to the trades and welding careers. Instead, they have consolidated their resources by sending students to local vocational education centers where skilled trades, such as welding, are taught by instructors with previous hands-on experience.
These so-called “vo-techs” also stay updated with technology in a way that individual school districts cannot because of budgetary constraints. Anyone working in manufacturing can attest to the relatively recent changes in equipment in the machine trades and automobile repairs, and welding is no exception.
The question is whether the skilled trades are being promoted vigorously in school systems as a viable career where young men and women, fresh out of high school, can learn a skill that could lead them to $100,000 per year in some industries. Meanwhile, skilled welders only need six months to complete their initial training, and many can work as apprentices and get paid as they learn, entering careers paying upwards of $100,000/year in some industries.

The re-birth of the apprenticeship program

Once widespread in the United States and the industrialized world, apprentices are hired by an employer and become both workers and students. The apprentice receives on-the-job training (OJT) from experienced mentors and a Related Technical Instruction (RTI) program for formal skill building in the classroom.
Apprentice programs are designed in various ways. For instance, some are set up with three or four days on the job and one or two in the classroom, while others require full-time work with two evenings at school. Employers expect apprentices to be somewhat productive from the start of their tenure.
According to 2020 data and statistics from the U.S. Department of Labor, more than 221,000 individuals entered apprenticeship programs in the U.S. Over 636,000 apprentices were in the process of getting the skills for a new career in welding and other manufacturing jobs while earning money to build financial without accumulating student debt.
The good news about these programs is that there were 26,000 registered apprenticeships nationwide. Around 3,140 were established in 2020, representing a 73% growth from 2009.
As the four-year college remains entrenched in school systems, parents, and students, few are seriously promoting apprenticeships as another possibility toward a successful career. Suppose policymakers believe apprenticeship programs might be part of the answer to the labor shortage. In that case, they should earmark funds to market the programs and require government agencies to introduce them in their bureaus.

Overcoming the negative perceptions of the skilled trades

Even with the technological advances associated with welding and other skilled trades, and many young people entering them are out-earning their college-graduate counterparts, the trades are not seen as “cool” career paths by many. And that negative image, especially in welding, remains an obstacle preventing welding from becoming a more conventional career instead of an undesirable job.
Even though there are thousands of job openings for welders starting at $30 per hour and up, parents and students see welding as a career that confers a lower status than a college degree. Many do not understand that learning a trade through a vocational-technical education or an apprenticeship program could also set the stage for a college degree later.

One strategy to combat the welder shortage

As the welding industry struggles to find more skilled welders, another way is emerging that could make it possible to meet the industry’s needs with fewer workers: automation and robots. Although the need for welding is not declining, human interaction might be changing and making welding more appealing to young people raised on technology.
At first blush, programming robots to weld seems like the perfect solution, but it is not that straightforward since the upfront capital required for industrial robots must be justified. And welding is a low-volume business in many cases, and companies cannot validate the investment in automated equipment.
Also, after replacing human workers with robotics, you eliminated some of the need for welders and introduced a new requirement: skilled workers trained to operate and maintain the robots. In other words, the skills shortage remains but in a specialized area of the business.
Even if robots have the artificial intelligence for skilled labor, trained welders will still be needed on the shop floor to take care of equipment breakdowns and keep production moving.

When you visualize robots in an industrial setting, there is a good chance you’re thinking about the behemoth welding robots in a cage in an automotive plant. There’s a reason they are isolated and fenced in away from humans: they are extremely dangerous and do not collaborate with their real-life counterparts in the plant.
Although many corporations still use those industrial goliaths, technological advances, including safety features, sensors, controls, and smaller components, have resulted in smaller robots that fit comfortably and safely with human coworkers.
Named collaborative robots (cobots, for short), these versatile and less-expensive machines are making robotics accessible to nearly any manufacturer looking to do various tasks, including welding.
Because of their intuitive software, cobots have fewer programming challenges, while integrated safety features allow them to work side-by-side with human workers. Cobots can be reprogrammed to do another when one welding operation is completed, making them flexible and cost-effective.

Do cobots have a future in welding?

Considering the advantages of cobots and the demands of the welder shortage leads to the conclusion that cobots could help the welding industry. However, implementing the solution will require significant capital expenditure from manufacturers, extra floor space, and trained programmers.
In some cases, weld shops could set up the cobot at an existing human welding station without making large-scale alterations or taking up precious floor space. Another benefit of using cobots is their ability to produce longer, continuous weld seams up to four feet long. That’s about twice as long as a human welder, reducing all those stops and starts and creating higher quality welds.
Despite rumors to the contrary, cobots are designed to supplement welders, not replace them entirely. Instead, their small footprint and agility make them ideal assistants for performing repetitive or dangerous tasks.
In addition to helping ease the welder shortage, the growth of cobots on the welding shop floor could also persuade millennials to consider a career path that was once regarded as unsuitable.