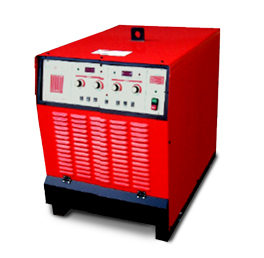 Some of the most difficult welds to make are those that require the welding of a small diameter to a plate. Gas tungsten arc welding or gas metal arc welding joints such as these require a high degree of operator skill, take a great deal of time, and can be a quality nightmare.  These factors become even more troublesome when the material with the small radius being welded is in the vertical or overhead position. Fortunately, Red-D-Arc provides stud welding equipment that increases productivity, decreases the required operator skill immensely relative to other welding processes, and allows for consistent, repeatable weld quality on materials with small radii.

What is Stud Welding?

Depending on the type of stud welding process, a ferrule may be placed around the stud to shield the weld and protect the adjacent base material.  The trigger on the gun is pulled, and a weld is quickly made across the entire faying surface of the stud to the plate on which it is being welded.