The Importance of Welding Surface Preparation 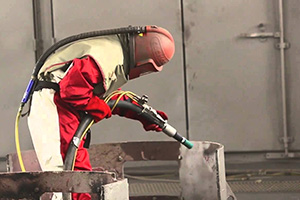 Having worked in shipyards for seven years, I’m familiar with how dirty this type of job site can be. Ship repair worksites and welding surfaces are often filthy with rust, dust and other contaminants. Even in shops and yards where fabrication is ongoing, cleanliness is often lacking. If fabricated or refurbished pieces are being installed onboard, the surface to which the piece will be welded could be rusty, coated with scale, or have other types of corrosion.
END_OF_DOCUMENT_TOKEN_TO_BE_REPLACED 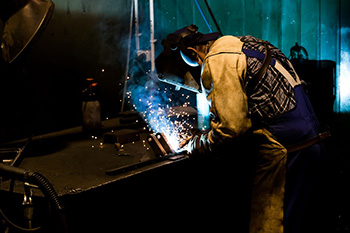 Some years back I was working in a shipyard in San Francisco. The yard had several small repair jobs going, plus a fairly large project building six ocean-going barges. The supervisor who was in charge of the barge-building project was looking for volunteers to operate semi-automatic wire feeders, using flux-cored wire, to weld stiffeners to the skin of the barges. I had never used a wire feeder before, so I volunteered out of curiosity.

After a very short training period, possibly all of 30 minutes but I think a bit less, I was off and running. I was impressed by the quality of the welds and the speed at which they were deposited. Without question I was outpacing anything that could be done by stick welding, and I felt it was easier to maintain a uniform weld size too. The machine itself was light enough and small enough to move without difficulty, and the spools of wire lasted long and were quick and easy to replace when the spool of welding wire was finished.